Without going too deep into the topic as a whole, the lack of research done on gun violence is alarming.

It’s a fact that the U.S. has a much higher rate of gun deaths than the rest of the developed world*. However, there is almost no federal research available on gun violence in America. Many are blaming this on the Dickey Amendment, which was put in place over a decade ago.

The Dickey Amendment prevented the CDC (Center for Disease Control and Prevention) from using a spending bill to “advocate or promote gun control.” As a result, the CDC has avoided researching gun violence, aside from some basic data collection.

The National Rifle Association, of course, had pushed for the amendment. This is not surprising: public-health researchers had published studies suggesting that having a gun in the house increased risk of homicide and suicide*, among other things. The NRA argued that this information was politically motivated, even though these were simply published facts – not advocacy.

The Dickey Amendment is part of the reason that there are massive gaps in what we know about gun violence.*

Last month, Congress gave CDC the “okay” to research gun violence, however, almost no movement has been made. It is likely that the CDC will not begin this research until the amendment is repealed. 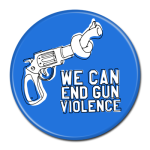